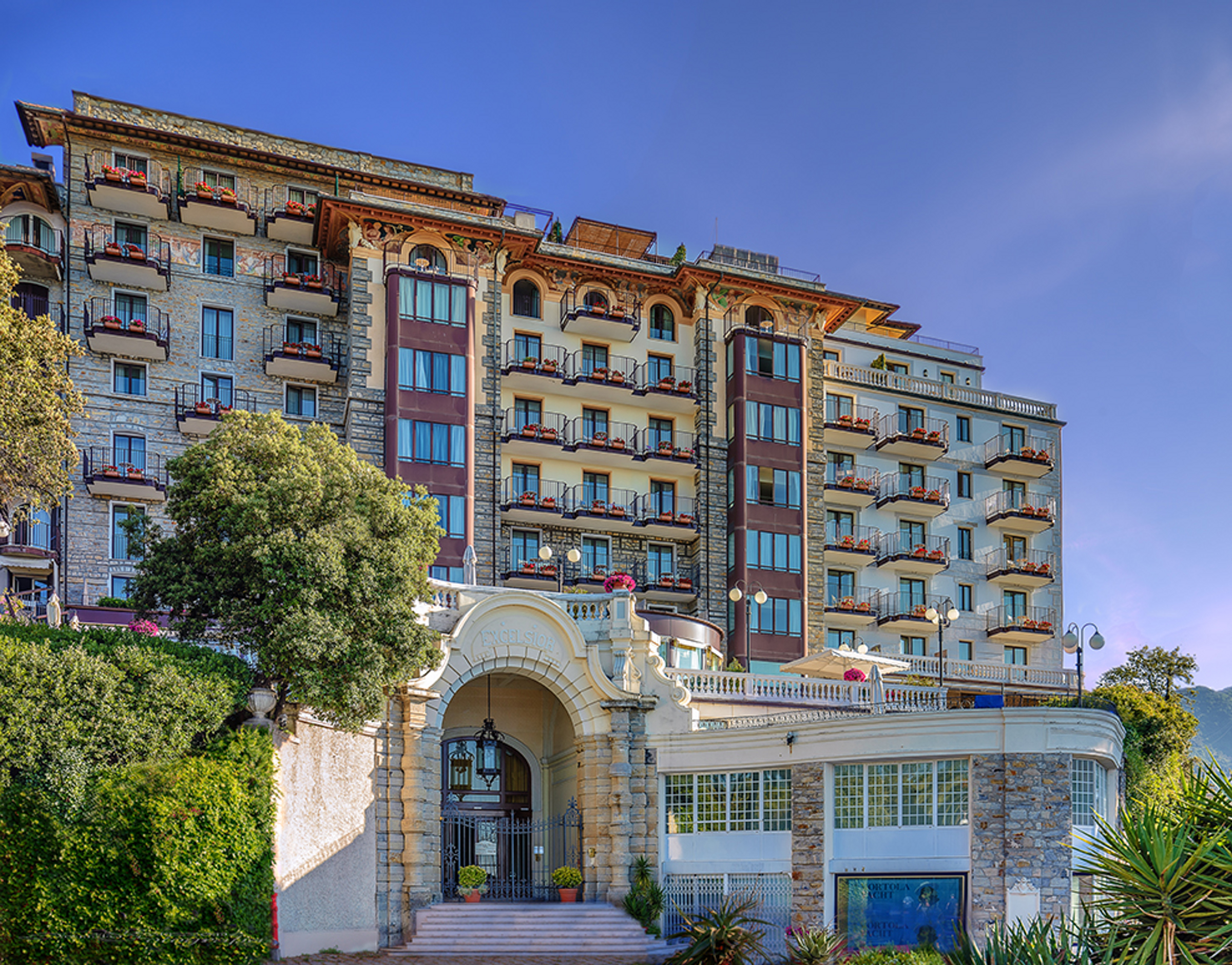 The twentieth century was only a year old when on 1st January 1901, the Kursaal Rapallo opened its doors for the first time, standing proudly on the stretch of coast between Rapallo and Portofino. Built next to the Villa Elisabetta of 1865, it quickly became a favoured destination for the beau monde, who flocked to the Riviera from all over Europe, drawn by the legendary climate and the attractions of the casino tables.

Its clientele was so enthusiastic and numerous that it was soon necessary to provide more adequate facilities. The New Casino Hotel, designed by the Swiss architect Verrey, was built close by, with a direct link to the games room, and the work was carried out under the direction of the engineer Enrico Machiavello.

Immersed in a colourful garden and already providing 140 rooms and 200 beds, the hotel – later renamed the Excelsior Palace Hotel – immediately became one of the best-loved on the coast, a luxurious complex with a bathing establishment overlooking the sea.

The English artist Melissa Rowe, a frequent visitor to Tigullio between 1897 and 1909, became a habituée of the new hotel, assuming the role of biographer during its heyday and immortalising the establishment in her diaries and the many watercolours she collected. These paintings depicted stretches of the coast and views of the hotel and today they form a document of the excited and passionate mania for the “Tour of Italy”, evoking all the intensity of the era. Melissa Rowe was not the first to fall victim to this fashionable attraction – before her, such poets and writers as Guy de Maupassant, George Byron and Alphonse de LaMartine had been seduced by its temptations.

The cinema, too, the latest wonder of the times, made the Excelsior Palace Hotel the subject of contemporary newsreels. In 1914, the terrace became the setting for several scenes of the film “Battesimo di Nave”, one of the first films to be shot outdoors with scenes from life. The film was fictional, but in its own way the cinema also bore witness to the history of the first two decades of the twentieth century. In 1917, The Excelsior Palace Hotel was also the location for the Allied summit at Rapallo, where conditions for the conclusion of World War One were thrashed out. The Excelsior was also the setting for the Italo-Yugoslav Treaty of 1920, and the Russo-German agreement of 1922.

These were delicate moments destined to make an indelible mark on the 20th century, at a time when the imposing hotel could offer the discretion and “savoir faire” that then, as now, were among its principle attractions.

Up: an ancient postcard from the book “Una finestra su Rapallo”.